We're going to take you through our camera and tech gear that we use as travel vloggers.
​We'll explain the reasons why we chose the gear we did, from our preconceived ideas of what we thought would work best, to what we know now after our first couple years of everyday film making. 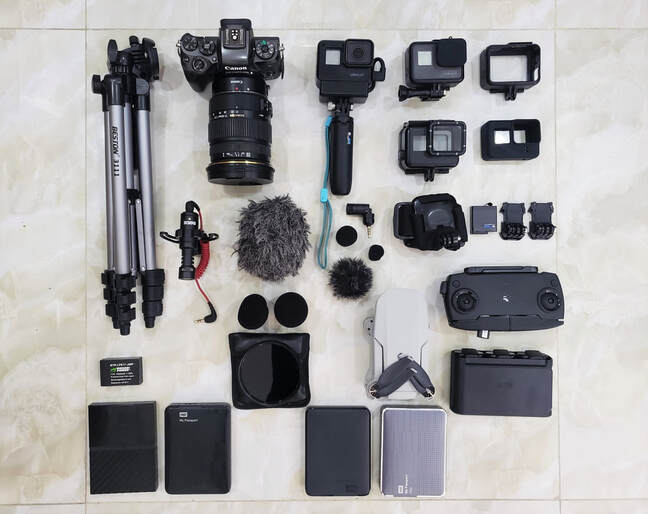 We've only made a few minimal upgrades, but upgrades nonetheless, and we'll explain why below. Everything else still remains. 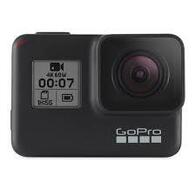 GoPro Hero 7 Black
We upgraded from the Hero 5 for the updated features on the Hero 7, such as hyper-smooth stabilization and the higher quality audio. We always intended to have multiple GoPros, and we were able to get a great deal on a second hand one and jumped on the opportunity. We can't pass up a good deal!
​
Cost: $479.00CAD 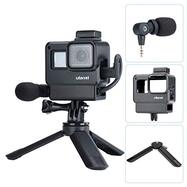 GoPro Housing Case, Microphone & Tripod
This case transforms the GoPro from a simple action camera, to a functional vlogging vig. GoPros have notoriously terrible audio, so with the adaption of a microphone, the audio is 10x better. Instead of holding out a massive camera to vlog, which attracts a lot of attention we now only have to hold out a small light weight GoPro. There is no need to worry about being in focus, or in frame. The GoPro vlogging rig makes it a one touch and go, easy-to-use system. The tripod included, is sub-par so we would suggest the offical GoPro Shorty as a replacement.
​
Cost: $60.00CAD 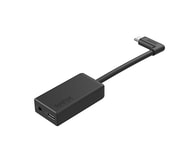 GoPro Pro 3.5mm Mic Adapter
Unfortunately GoPro has a ruthless system in which you need this adapter to attach any type of external microphone. People have tried and failed to use other budget adapters, but this allows you to upgrade from the notoriously terrible GoPro audio. It does however, make the GoPro no longer waterproof. 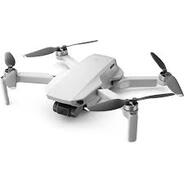 DJI Mavic Mini
We switched from the Mavic Air to the Mavic Mini due to the increased regulations being imposed around the world with the use of drones. In Canada particularly any drone over 250 grams must be registered, and a drone pilots license must be obtained in order to fly. The mavic mini is 249 grams and does not fall into that category. We sacrificed a few features such as 4K max resolution down to 2.7K and lost the abilities like active tracking (which we rarely used anyway). But in the end, we got a smaller, lighter and more compact system with more fly time. Carrying around all of our camera gear can be quite a pain so the smaller and lighter the better. 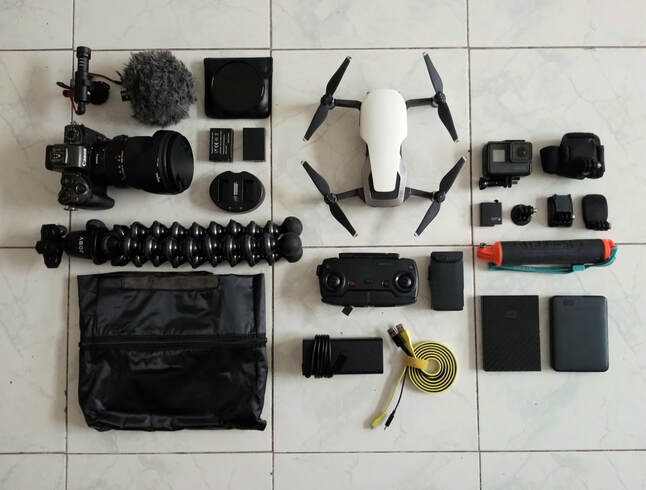 Mirror-Less Canon M5
When choosing a camera we wanted to make sure it was compact, lightweight, and easy to use. After much research we narrowed it down to the Canon M5 and the Lumix GH5. In the end, the vast amount of Canon lenses & accessories beat Panasonic's limited lineup. We bought it second hand from Lost LeBlanc for $1000.00CAD, which included an expensive wide angle lens, and one battery. We also purchased two extra batteries for $36.00CAD.

We went with a mirror-less camera due its compact size. The M5 has all the features we desired such as, face tracking auto-focus, external mic input, and was in our budget. Unfortunately, the screen flips down which does not benefit us as we use a Joby Focus GorillaPod.

In the near future we intend to trade our M5 for the Canon SL2, which is essentially the same camera in a DSLR rather than a mirror-less. It too is compact, lightweight and easy to use. It hosts identical features, but also includes optical stabilization and the screen flips to the side, which won't be obstructed by our tripod. Unfortunately when we were in the market for a camera a year ago, the SL2 was not out at that time. 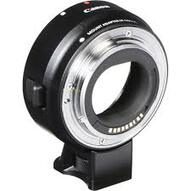 Canon EF/EF-S to EF-M Series Adapter
Canon Mirrorless M series Lenses have a limited selection, even more so if with third party lenses like Sigma. In order to use regular Canon EF or EF-S mount lenses, Canon mirrorless cameras require the EF-M adapter, this allows you to use any lens with the EF/EF-S mount on Canon M series cameras by acting as a bridge between the two mounts. Only use legit Canon adapters as budget or third party adapters tend to malfunction due to inaccurate autofocus points not lining up with the camera and lenses. We got ours in Vietnam after purchasing the Sigma Lens featured below.
​
Cost: $52.00CAD 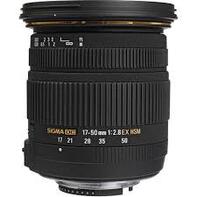 Sigma 17mm-50mm F2.8
A year ago, we originally had 3 mirror-less lenses; the Canon 11-22mm for our wide angle scenarios, the Canon 18-55mm for more cinematic/zoomed in shots, and a budget Meike Manual Focus 35mm F1.8 for low-light shots.

Six months into our travels, we were in Hanoi, Vietnam, and we actually ended up trading all three of those lenses for a brand new Sigma 17-50mm, F2.8 for a few reasons:
1. Our main lens, the 11-22mm acquired a scratch dead centre in the lens, which resulted in a constant smudge in every shot (NOT FUN)!
2. After several months of use, we found that the M series lenses worked great during the day but were absolutely terrible at night in low light, which caused soft lines and a hazy look to it which we didn't like.
3. We hated having to change lenses every time we wanted different shots - Call it laziness if you will, but while you're busy trying to get somewhere, or in a rush for an action shot, rifling through your bag and changing a lens just for a 3 second shot, only to have to change it back, got extremely annoying.

The Sigma is a big lens, so our "must be compact" went straight out the window. It's also not as wide as the 11-22mm, but it was a sacrifice we were willing to make in order to have shots that are better in low light, and have a fixed aperture zoom. Also, now we don't have to switch lenses every time we want different shots, and its wide angle is enough to get us both in the shot during our vlogging narratives.

HOYA  77mm PL-CIR
We picked up a lens filter in India for two reasons:
1. It protects the lens glass from any debris while the lens cap is not attached
2. As a UV filter, it reduces glare from the sun providing better shots

Waterproof Rain Cover
We originally bought a rain cover strictly for Holi Festival in India (Holi is a celebration where people throw brightly coloured powder on you, everywhere, and everything). We didn't want to shoot such an awesome festival on only the GoPro, so a cover was a must. Paired with the lens filter, our camera was completely protected and we were be able to film good quality footage for you! Also, the other obvious benefit is being able to film while it's sprinkling out. Unfortunately our external mic isn't able to fit in the cover, but seeing as our only other ability to film in the rain is with a GoPro, (which has terrible audio), it's not such a bad loss. 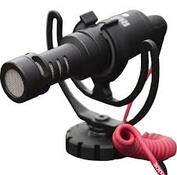 Rode VideoMicro
Again, our preconceived idea of what we thought would work best has changed after our experience of constant filming. The VideoMicro does a sufficient job of capturing sounds placed in front of it. We did not go with its big brother the Rode Go Mic because when we had our compact lenses it would have looked ridiculous to have this over-sized mic on top of the camera. Eventually, we would like to upgrade to the Rode Go Mi though. 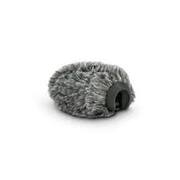 Rode Dead Cat
Having a DeadCat is crucial to good audio. Essentially, there's no point having an external mic without a wind muff. One of our biggest pet peeves with audio is the sound of wind butchering the audio. 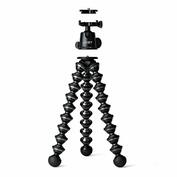 Joby Focus GorillaPod
​At the beginning of our travels we originally had a cheap knock-off GorillaPod. It was working just fine until we upgraded to the Sigma lens. After that, the small knock-off tripod just didn't have the strength to hold up the heavy Sigma lens. The Joby Focus holds up to 11lbs, so we can angle our camera any which way we'd like, and it's extremely sturdy and reliable. We did buy the Joby Focus GorrilaPod second-hand, but was still brand new. 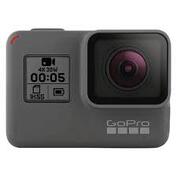 GoPro Hero 5
At the time the Hero 5 was the newest GoPro on the market. GoPro having the reputation that it does, it was an obvious choice for our pick of a waterproof action camera. Just like the Mavic Air, we haven't had any issues thus far, and probably won't upgrade any time soon, unless y'know, we hit the jackpot or something? If so, then we'll upgrade to whichever newest GoPro is out at the time. We bought the GoPro second hand. We also purchased two extra batteries for $34.00CAD, a head strap for $10.00CAD, a floating grip for $10.00CAD, tripod mount for $10.00CAD, and 12 adhesive helmet mounts for $10.00CAD.
​
Cost: $310.00CAD 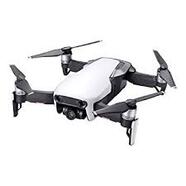 DJI Mavic Air
We chose the Mavic Air, again, due to its compact size and it's reliable operating system, which is awesome! If at anytime the drone loses connection, it knows to return to its home point. DJI is really only expensive because of this type of software. We would love to purchase noise reducing propellers to help with attracting attention, but other than that, we haven't had any problems with it. Eventually down the road, we'd like to upgrade to the Mavic 2, which has a better camera and gimbal, but unfortunately is slightly bigger. But again, no issues, we would highly recommend the DJI Mavic Air in a heart beat. We bought it "refurbished" off Amazon for $300.00CAD less than brand new, and also purchased an extra battery for $109.00CAD. The DJI Mavic Air included 4 x spare propellers, and 2 x spare joysticks. 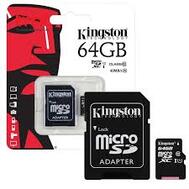 For our camera we use a Kingston 64GB Micro SD Card - this is is sufficient for two to three days of filming and photographing, as long as we empty the card onto our hard-drive at the end of the day. We've never had the 'Memory Card Full' issue. For our drone, we use a Samsung 64GB 100MB/s Micro SD Card - The drone requires a high-speed SD Card for the high frame rates and/or filming 4k. Again, we've never filled up this size of a memory card in a day or two of filming. The GoPro has a Kingston 32GB Micro SD Card - unlike the camera and drone, we have run out of memory space after filming a day of activities on the GoPro. 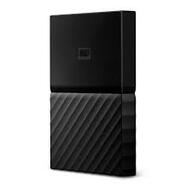 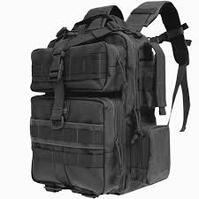 Cost:  $180.00CAD
​Disclaimer: If you purchase an item through our affiliate links, we will get a small commission, at no additional cost to you.
These small commissions help to keep us on the road longer, and to provide our supporters with travel content such as vlogs, itineraries, guides and more.
We are super grateful for your support!
Proudly powered by Weebly